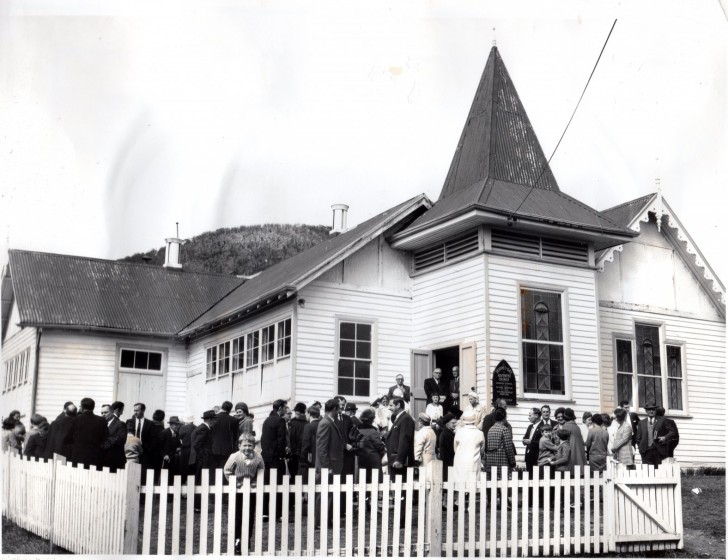 Collinsvale was originally known as Bismarck, but during WWI, anti-German feeling in the community caused the government to rename the township.

Seventh-day Adventists first came to Bismarck in February 1889 and began to preach in the local Wesleyan church.  When the church was closed to them, they held several meetings in the state school classroom but again were turned away.  August Darko and his wife opened their home to the Adventists and a group of between 50 and 70 regularly met in their kitchen to listen to the preaching. The Bismarck Seventh-day Adventist church was officially organised on 20 July 1889 with 34 members and they commenced building a church in August 1889. Services were first held in the new building on December 28, 1889 followed by the first wedding which was between Henry Fehlberg and Bertha Totenhofer on January 1, 1890.

A church school was begun in 1921 with Miss Lilian Robertson as the teacher.  (She later married Fred Fehlberg).  The school continued until 1951 when the pupils were transferred to the Fleet Street, Moonah school. Other teachers during this time were: Bertha Voss, Oliver Ferris, Hans Vetter, Ted Butler, George Maywald, Lilian McMahon, Olive Blayden, Jean Easthope, Nancy Romero, Mary Pocock, Rhoda Beveridge, Mary Rippon, Jeff Scrivener and others- the last teacher being JG Litster.

Thank you! We will get back to you soon!